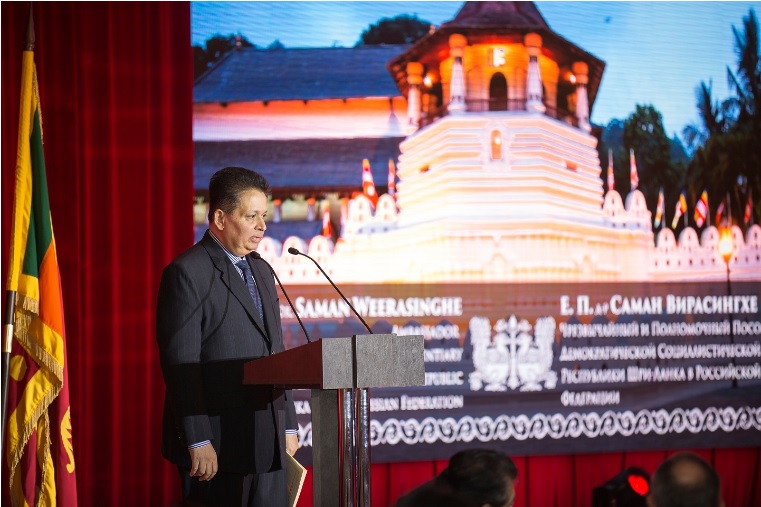 A cultural event titled “Sri Lanka Night 2016” was held in Moscow on 19 February 2016 to commemorate Sri Lanka’s 68th National Day and the 59th anniversary of the establishment of diplomatic relations between Sri Lanka and the Russian Federation.

The event where more than 250 guests including  important personalities in the Russian Government, business community, academics, diplomats in Moscow, media personnel, among others, participated, was organized by the Embassy of Sri Lanka in the Russian Federation in collaboration with Sri Lanka Tourism Promotion Bureau. 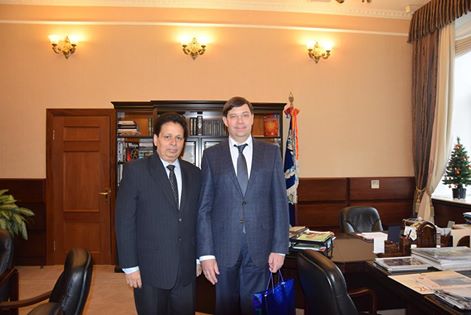 “I will do my best to contribute to the mutual success of our nations.” Ambassador Dr. Saman Weerasinghe 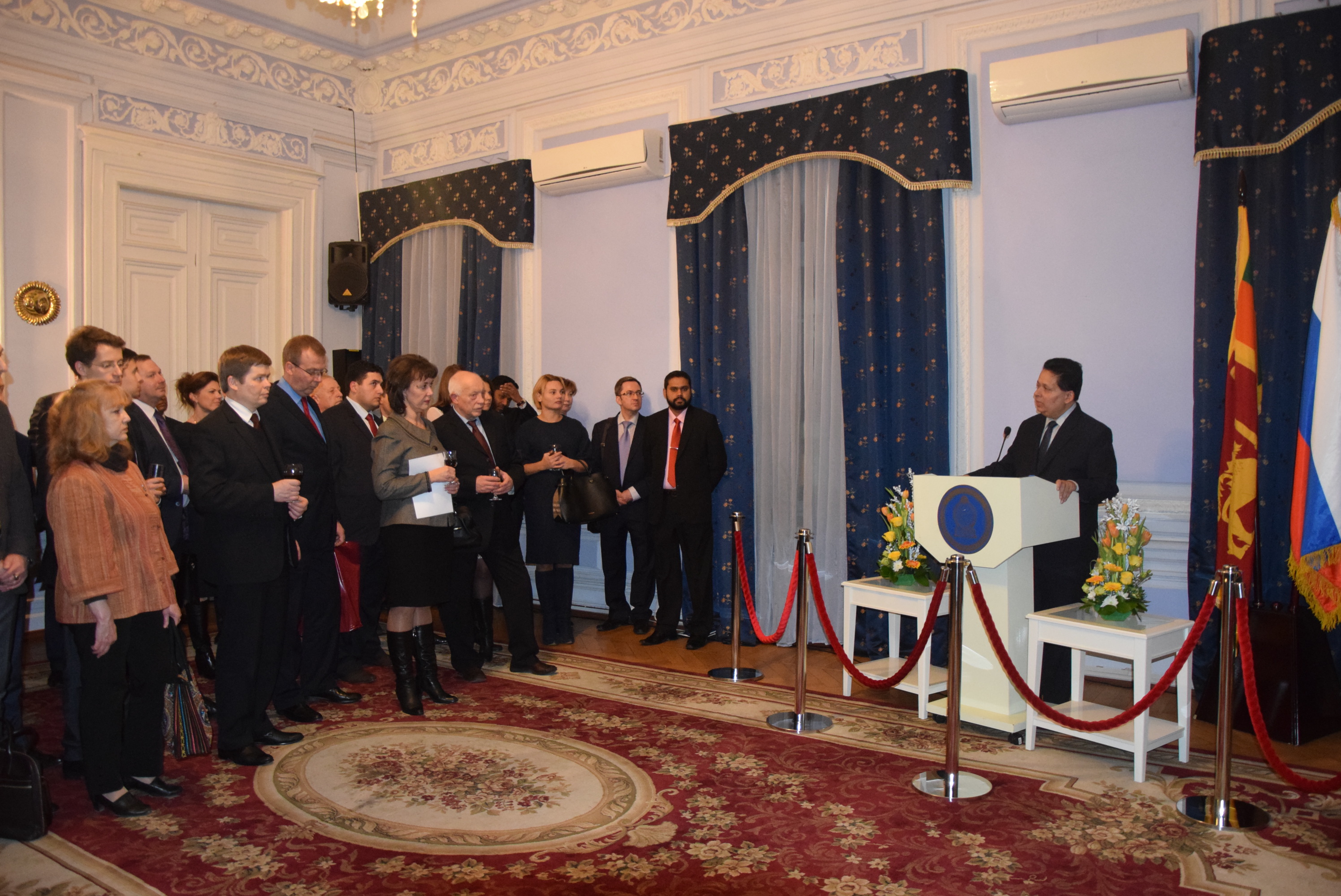 “The Sri Lankan government, private sectors and civil society look forward to working with Russia, so that we can keep the current progress  and help Sri Lanka to fulfil its potential for a peaceful and prosperous future. I genuinely hope that all these goals can be achieved, if Russia and Sri Lanka keep improving close cooperation and personally, “I will do my best to contribute to the mutual success of our nations.”  Ambassador Dr. Saman Weerasinghe 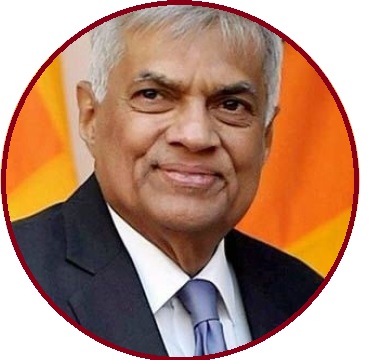