During the meeting, the two Ambassadors discussed the existing bilateral relations between Sri Lanka and Moldova since the establishment of diplomatic relations between the two countries. Ambassador Dr. Weerasinghe briefed Ambassador Braghis on the developments in Sri Lanka since the last Presidential and General elections at which new administration was voted into power. He said that there is potential for the two countries to expand economic partnership particularly in the fields such as export of Sri Lanka tea to Moldova and attracting Moldovan tourists to Sri Lanka. Moldova too may seek to export some of its products to Sri Lanka.

Ambassador Braghis explained the current political situation in Moldova. He expressed the satisfaction on the existing bilateral relations and hoped that the draft bilateral Agreements under discussion could be signed at an early date. He informed Ambassador Dr. Weerasinghe that the Embassy of Moldova is ready to organize at its premises presentations for Sri Lankan trade delegations visiting Russia, which would enable them to understand the economic, trade and investment opportunities available in Moldova. The Ambassadors agreed that the two countries could also cooperate in multilateral fora. 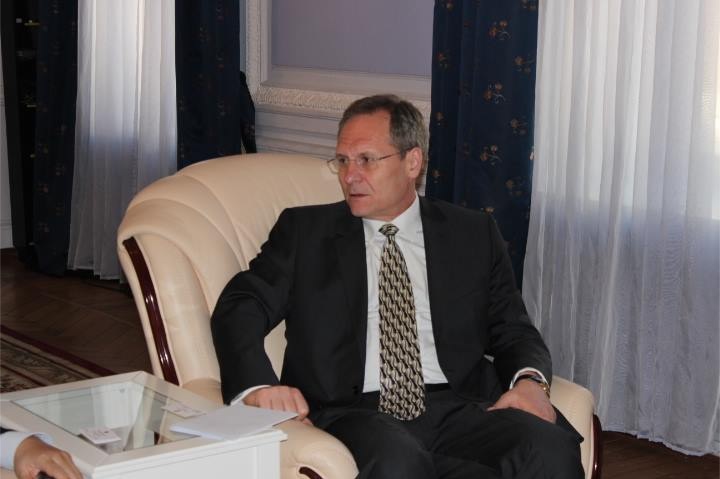