Visit of the Secretary, Ministry of Defence Sri Lanka, to Military-Technical Forum Army-2021 and International Army Games-2021 in Russia 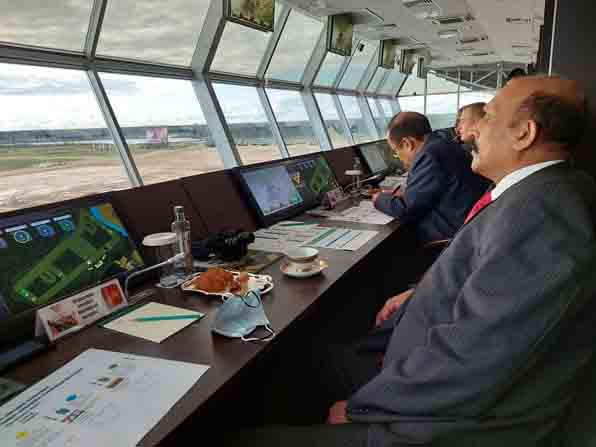 During the period from 20August to 26 August, a delegation of the Ministry of Defence of Sri Lanka headed by the Secretary, Defence, General (Rtd) Kamal Gunaratne visited Moscow, Russia, to attend the International military-technical Forum Army-2021 and International Army Games-2021. There are three teams representing Sri Lanka this year.

The Forum Army-2021 is the largest platform for displaying the state-of-the-art Russian weapons and technologies, and gathers all major designers and manufacturers of the Defence industry of Russia and other countries, including Belarus, Pakistan, Kazakhstan, and India. The delegation attended the opening ceremony of the Forum and the Games inaugurated by the President of the Russian Federation Vladimir Putin on 23 August 2021.
While attending the Forum, the Secretary, Defence, with his team studied the Russian military equipment and armaments, attended several presentations and several meetings with representatives of the Russian Ministry of Defence, Russian manufacturers, including the world-famed Kalashnikov, and visited Belarus and Pakistan exhibition stalls.
General (Rtd) Kamal Gunaratne also visited the House of Friendship, where Sri Lanka had organized its exhibition to promote Sri Lankan traditions and culture among the visitors of the Forum and the Games, and also met with members of the Sri Lankan cultural team, participating in the Creativity contest of the Army Games-2021.
The program of the Forum included witnessing the Tank biathlon competition. The evening concluded with an official dinner, hosted by the Minister of Defence of the Russian Federation general of the army Sergei Shoigu.