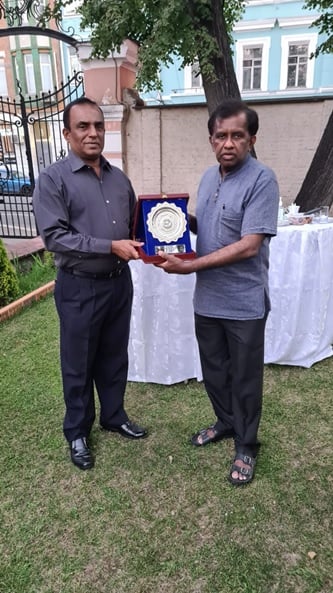 The Moscow Conference on International Security (MCIS) has been held annually since 2012 under the auspices of the Russian Ministry of Defence. The forum has become an authoritative platform for discussing the most pressing international security issues.

The IX Moscow Conference on International Security, which was held on June 22-24, 2021, gathered about 700 delegates from 109 countries, including 55 Ministers of defence, their deputies and chiefs of general staffs. The conference was also attended by Sri Lankan delegation headed by Maj. Gen N R Lamahewage, Commander of Security Forces Headquarters-Central. Two other member of the delegation were Brig. A M C P Wijayarathne and Maj. M P L S Hemachandra from the Ministry of Defence of Sri Lanka. H.E. the Ambassador Prof. M.D. Lamawansa also joined the delegation during the first day of the Forum.
At the invitation of the organizers of the MCIS, General G.D.H. Kamal Gunaratne (Retd), Secretary, Ministry of Defence, and Secretary, State Ministry of National Security and Disaster Management, recorded a video address to the participants of the conference, which was posted on the conference's official web-site.
In the focus of the conference this year was strategic stability, non-proliferation of weapons of mass destruction, the role of defence agencies in fighting against the new coronavirus infection, and problems of information security. One plenary session was devoted to the Asia Pacific region in the context of global politics.
On the sidelines of the conference, the Sri Lankan delegation also visited the Embassy of Sri Lanka in Moscow, and met with H.E. the Ambassador Prof. M.D. Lamawansa. 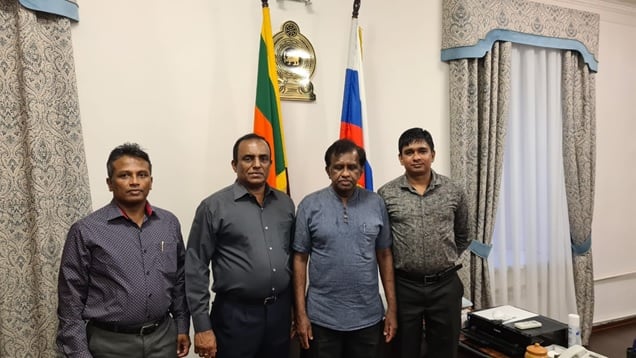 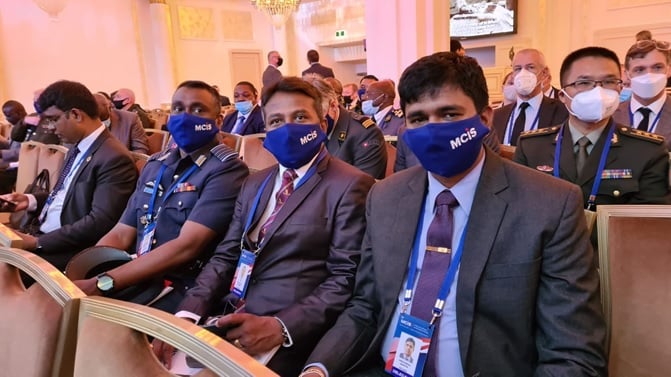