Sri Lanka is a small miracle partly due to the compact physical diversity of this pearl-shaped island - but, as we shall see, this diversity extends to virtually every aspect of life. Fringed by variously-shaped sublime beaches, from straight expanse to rocky cove, the island possesses a coastal plain containing a host of geographic features such as lagoons, wetlands, rivers and various types of wildlife-rich jungle. The plain ends in the central area where the land starts to ascend into mist-shrouded mountains, covered in forests of wind-stunted trees (in fact there are seven different types of forest in Sri Lanka), plains known as pathanas, and rolling tea plantations. In addition, the hillsides are invariably punctuated by dramatic waterfalls. For its size Sri Lanka has perhaps the largest number of waterfalls of any country.

Sri Lanka is a multi-ethnic, multi-religious and multi-cultural society, a reflection of the island's encounter with successive foreign immigrants. But it all began with indigenous people, the Veddahs, hunter-gatherers who exist today. The main ethnic groups are the Sinhalese and Tamils, both originally from the Indian subcontinent. Then there are Muslims, who settled in the island from the time it became an ancient trading centre. Similarly, Malays and Chinese were also attracted to the island. The Portuguese and British brought with them Kaffirs from Africa, and the Dutch an assortment of European traders, the Burghers. There are other communities too, the Chetties from South India for example . . . the list is extraordinary.

The people of Sri Lanka possess a warm and friendly nature reflected in persistent smiling faces and eagerness to help those unfamiliar with aspects of local life. You'll find that Sri Lankans are very hospitable and take pride in inviting people to their homes, however modest they may be. So don't be surprised if a driver or guide, or indeed virtually anyone encountered, requests the pleasure of your company. And don't decline, as Sri Lankan hospitality is taken very seriously!

Sri Lanka's cultural depth is recognized by UNESCO, which has declared six archaeological and two ecological World Heritage Sites in the country:

From enormous dagobas (dome-shaped structures) and remains of ancient buildings in the ruined cities of Anuradhapura and Polonnaruwa, to the awesome stairway to the temple at Dambulla and the sensual frescoes of heavenly maidens at the palace at the rock of Sigiriya, visitors can experience these World Heritage Sites within a compact area called the Cultural Triangle.

In the hill country lies the former royal capital of Kandy, home to the Dalada Maligawa or Sacred Temple of the Tooth, which houses the sacred tooth relic of the Buddha. With its distinctive architecture, art and music, Kandy is a bastion of traditional culture.

In contrast, experience the colonial heritage of the country by heading south to the mid-17th c. Dutch fort at Galle, the best preserved in Asia. With 14 massive bastions, a grid system of streets, and some original Dutch bungalows, the fort bustles with life just as it did when Galle was the country's main port. It's simply one of the most unique attractions in Sri Lanka.

Sri Lanka's ancient civilization endows the island with a legacy of colourful festivals relating to the Buddhist, Hindu, Muslim and Christian religions. Furthermore, these festivals are commemorated with the flair of a people with a genius for pageantry and ritual.

Every full moon day is a public holiday known as poya. The most important is in May – Vesak Poya - which marks the Buddha's birth, enlightenment and Pariniwana (passing away). Worth seeing are the illuminated pandals (bamboo frameworks), hung with pictures depicting events in the life of the Buddha.

Sri Lanka's most tourist-oriented festival is the Kandy Esala Perahera, held in Kandy over 10 days in late July to early August and climaxing on Esala Poya. Perahera means "procession" and that's exactly what occurs nightly - a magical passing-by of drummers, dancers, whip-crackers, acrobats and robed elephants. A caparisoned tusker carries the reason for the festival, the sacred tooth relic of the Buddha for the people to venerate.

Hindu festivals include Vel, held in Colombo in July, in which God Skanda's silver-plated chariot and vel (spear) are paraded across the city, and the Kataragama Festival in the deep south, also connected with Skanda, in which fire-walkers participate.

Sri Lanka has always been a place that refreshes not just the mind and body, but also the soul and spirit. And for thousands of years, the most popular method used to restore and rejuvenate tired bodies and weary souls has been Ayurveda – the oldest and most holistic medical system available in the world Sri Lanka has been a centre of spiritual and physical healing for 2,000 years. Ayurvedic programmes consist of a range of herbal treatments and various types of baths and massages, together with cleansing and revitalization techniques such as yoga, meditation and special diets.

Sri Lanka now has a number of spas, mainly on the west coast, which not only provide Ayurveda but also other Eastern and Western therapies, such as Thai massage, hydrotherapy, herbal baths, reflexology and beauty treatments. For those seeking spiritual nourishment, meditation courses are also available.

The need to conserve the environment was deeply ingrained in traditional Sri Lankan society: in the 3rd c. BC, the country's first Buddhist monarch established the world's first wildlife sanctuary. Today, this tradition continues with 13% of Sri Lanka conserved as national parks, reserves, sanctuaries and jungle corridors.

Sri Lanka possesses a high degree of biodiversity. Indeed, the island (together with the Western Ghats of India) has been identified by Conservation International as one of 34 world biodiversity hot spots. In addition, The Sinharaja Forest Reserve, the country's last viable area of primary tropical rainforest has been designated a UNESCO World Heritage Site. What's remarkable is the high proportion of endemic species.

The island is an ornithologist's paradise, with over 233 resident species, (33 endemic) - but migratory species stretch the number to an astounding 482. There are 171 reptiles (101 endemic including two crocodile species). Thankfully, only five of the 83 snake species are lethal. In recent years there has been a surge in the discovery of amphibians, so that by the time you read this, the figure of 106 (90 endemic), will no doubt have risen.

With over 1,600km of coast, Sri Lanka is an ideal location for wind-surfing, water-skiing, surfing, sailing, scuba-diving (including wreck-diving), snorkeling, speed-boating and banana-boating. Prime water-sports sites are located in the Negombo region on the west coast, Wadduwa, Kalutara and Beruwela on the south-western coast, and Bentota, Hikkaduwa, Galle, Unawatuna, Koggala, Tangalle and Hambantota on the southern and south-eastern coasts. Water-sports providers are run by local and foreign professionals (including PADI-qualified instructors) and rent state-of-the-art equipment.

Sri Lanka possesses over 100 hundred rivers, together with lagoons and 'tank' (irrigation lakes), so there are plentiful opportunities for year-round kayaking and canoeing, perhaps combined with a camping trip. Two popular locations are the Kalu Ganga and the Kelani Ganga (rivers).

The Kelani Ganga near Kitulgala has fast headwaters and rapids ideal for white-water rafting (from November to April only), with names such as Virgin's Breast, Head Chopper, Killer Fall, Rib Cage and Slot and Drop

Sri Lanka has an assortment of accommodation options. Colombo features not only a host of modern five-star hotels but also iconic colonial-era hotels with the charm and romance of a bygone era.

The island is generally blessed with impressive hotels usually situated in stunning settings. The coastal areas, especially the west and south, have innumerable resort hotels, where package tourists mostly stay. Several are designed by Geoffrey Bawa, one of the 20th-century's foremost Asian architects. Bawa's vision encompasses a style referred to as 'tropical modernism' in which forms of modernism are beautifully softened and enriched by traditional influences and surrounding landscapes. There are also an increasing number of boutique hotels on the west and south coast, mainly centered at Galle.

Hill country towns such as Kandy, Nuwara Eliya and Bandarawela feature colonial era hotels, and for those who venture farther afield, perhaps to indulge in adventure sports, there are beautifully converted colonial homes, tea and rubber plantation buildings, jungle cabins, tree-houses and eco-lodges as well as camping under canvas.

The cultivation of many types of rice, spices, vegetables and fruit, coupled with past foreign influences, ensures that Sri Lanka enjoys a varied and select cuisine. As a staple, rice is consumed with an assortment of colourful curries (eggplant, potato, green banana, chicken, fish) that range in potency from delicately-spiced to near-dynamite.

Other Sri Lankan staples include hoppers (a pancake-like snack), string hoppers (steamed rice noodles) and pittu (a mixture of flour and coconut). Lamprais - rice and accompaniments baked in plantain leaves - is a legacy of the Dutch. Seafood lovers will rejoice at the fresh fish, prawns, crab, squid and crayfish available. Desserts include buffalo curd eaten with palm-honey, and the Malay-derived caramel-like wattalapam.

Shopping in Sri Lanka can take many forms: haggling with a handicraft-seller while sunbathing on the beach; choosing fruit from the traditional village store, the kadé, while side-stepping sacks of rice; or checking out the bargain-priced latest international fashions (Sri Lanka is a major garment exporter) while enjoying the ambience of a luxurious shopping centre in Colombo.

And there's much in-between. Visit a handicraft shop and familiarize yourself with traditional designs such as makara (a mythical animal, lion, swan, elephant and lotus which are most evident in brass work (boxes, trays, lanterns, vases) and silverware (ornately carved and filigree jewelry, tea-sets) that make excellent souvenirs. In addition, ritual masks, lacquer ware, batik and handloom textiles, lace, and wood carvings are popular.

Last but certainly not least, Sri Lanka has the widest variety of precious stones among the world's gem producing countries - blue sapphires, star sapphires, rubies, cat's eye, garnets, moonstones, aquamarines and topazes being just a dazzling handful. What's more, Sri Lanka naturally has a tradition in jewelry-making, so you can bring your gems to life. 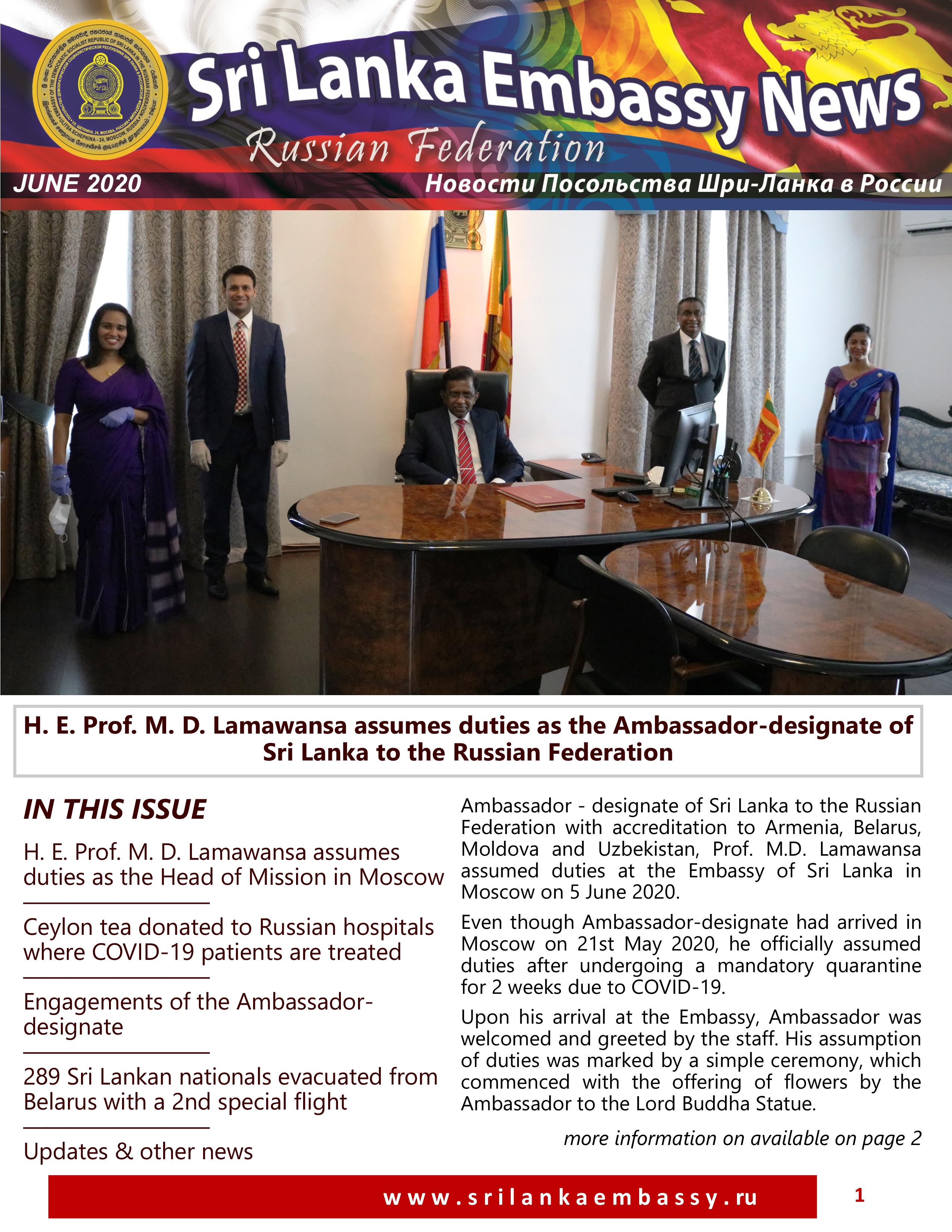